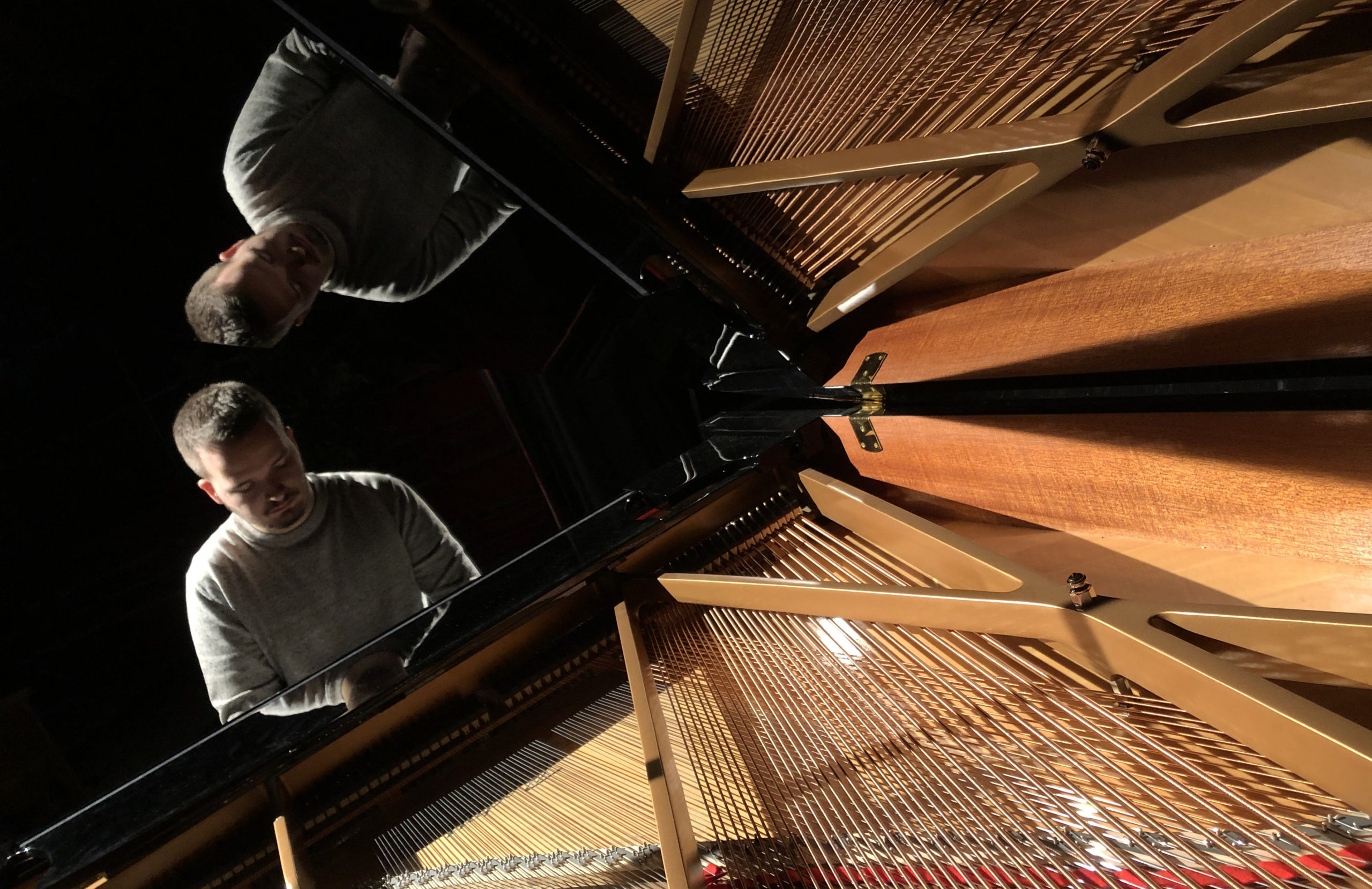 Daniel Bordovsky (born 31 March, 1999) known by his artist name Borrtex, is a Czech minimalist piano composer and producer based in Prague. His work is characteristic in connecting sounds of modern classical music with simple, yet fully arranged melodies typical more for film scores and soundtracks.

Borrtex was born in Havirov, Czech Republic. Since the age of six, he started attending piano classes on a regular basis. He studied on a musical school of Leos Janacek for seven years.

When he was 13 years old, he started being more interested in movies and TV. Two years later, he took his first job in CSFD.cz – one of the biggest film websites in the country. From doing administrative work, such as uploading posters, communication with users etc, he continued building his reputation, and eventually got a job as a cinematographer in a documentary project about Warner Bros. Studios in Hollywood.

Visiting Los Angeles and doing interviews with world-wide known film composers like James Newton Howard, Danny Elfman or Hans Zimmer, has helped Borrtex to reestablish his connection to music. After the documentary was finished and released, Borrtex slowly shifted back to music, and started producing his first songs.

Starting on Free Music Archive in 2017, providing all his work for free, Borrtex has found a way, how to quickly attain large-scale exposure. Within the last two years, his music appeared in several video placements of international brands such as Xiaomi, IKEA, Montblanc, HBO and others. In 2018, US National Park Service featured Borrtex’s song Ocean in a government issued project, focusing on maintenance needs of park facilities.

In terms of music streaming and record sales, Borrtex’s compositions increased on popularity, after his single We Are Saved, released in March 2018, hit the charts, and earned over 1,6 million streams on Spotify.

In October 2018, Borrtex accepted his first film scoring project. He composed an original motion picture soundtrack for a short film Dear America directed by Molly E. Smith, showing the perspective of how gun violence has impacted students in the hallways of elementary, middle and high schools. On 1st of November 2019, the film was officially announced as a winner of the Emmy Award in National Student Production Competition, holded by The National Academy of Television Arts & Sciences.

One of the major projects Borrtex worked on recently, was an original soundtrack album composed for an American entrepreneur Gary Vaynerchuk, who is well known for his influence on social media. It took Borrtex six months to complete the production work on the soundtrack, which was officially released on February 15, 2019. Publishing music for a high-profile entrepreneur of this kind, helped him expand to new audiences also in the business industry.

Czech composer and pianist Borrtex presents his new alternative album. The key elements of instrumental compositions in this experimental solo record are primarily electronic synthesizers in combination with …

Prague based contemporary piano composer Borrtex presents Harmony. Having created a back catalogue which spans everything from modern classical music to minimalistic melodies and film scores, Borrtex has built …

New instrumental album titled thōughts will be released soon! Featured songs in the modern classical genre introduce a whole new perspective on the work of this 20 year-old talented artist, who decided to pursue … 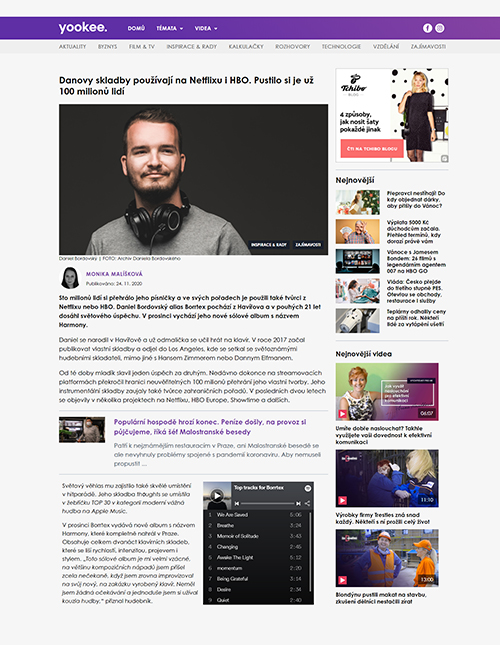 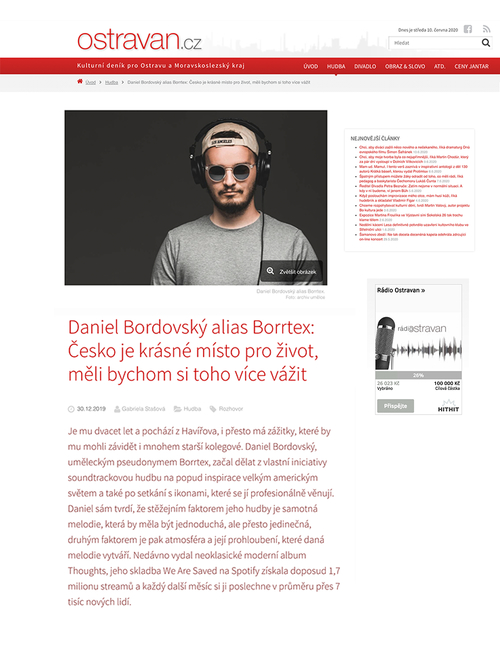 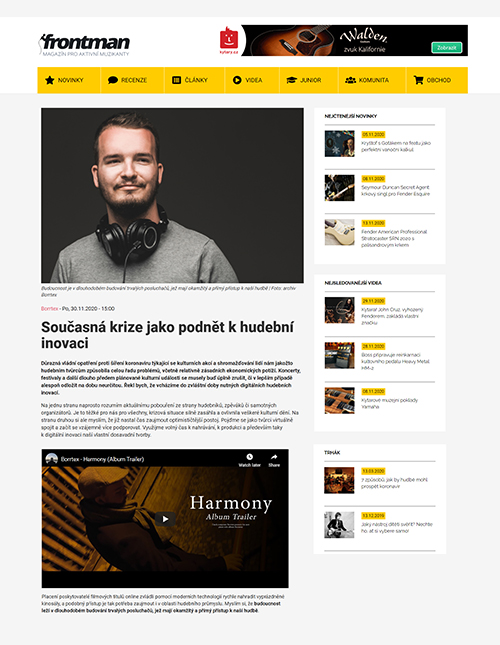 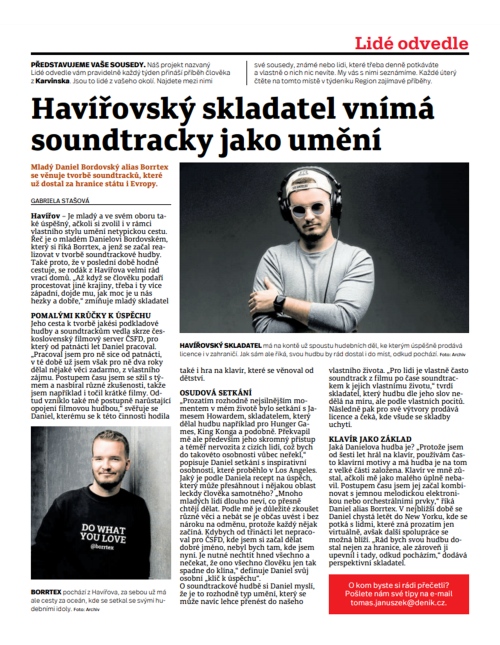 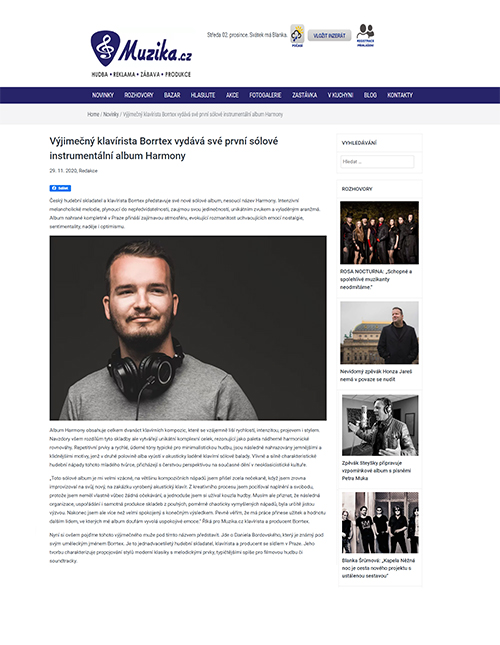 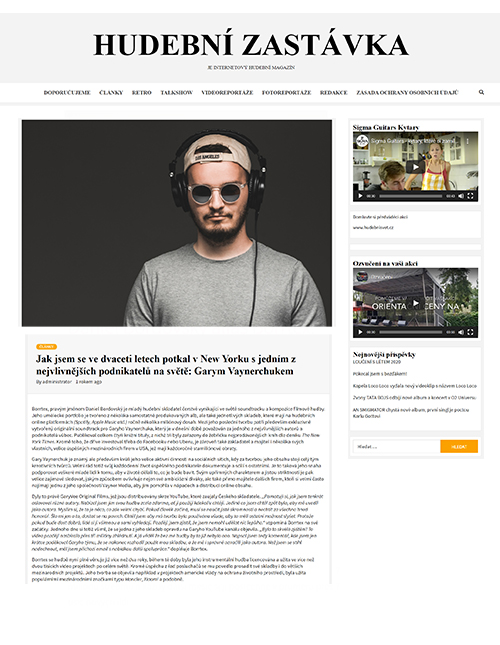 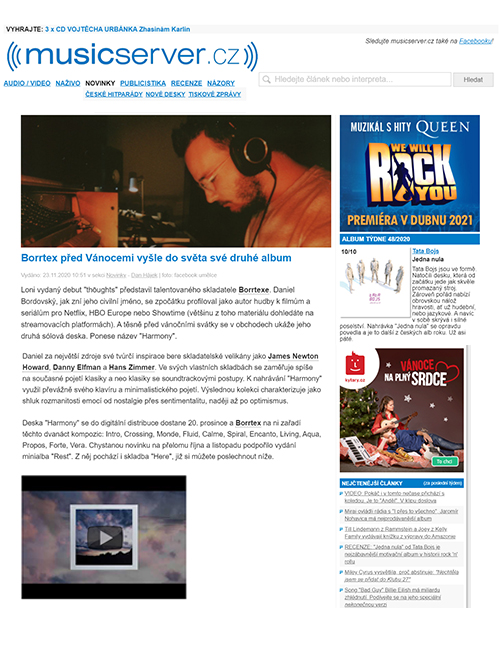 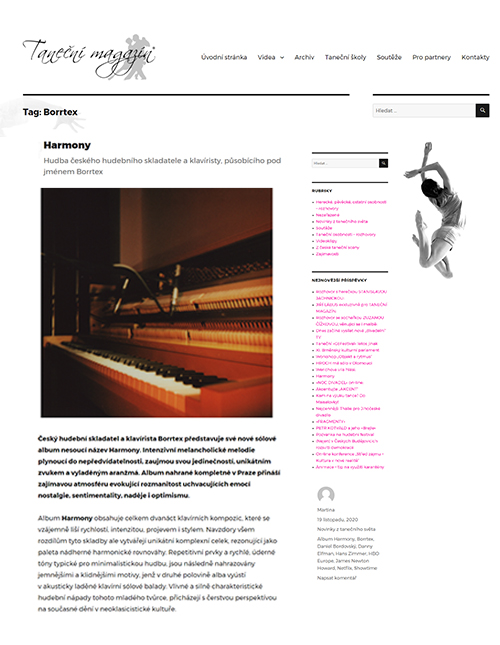 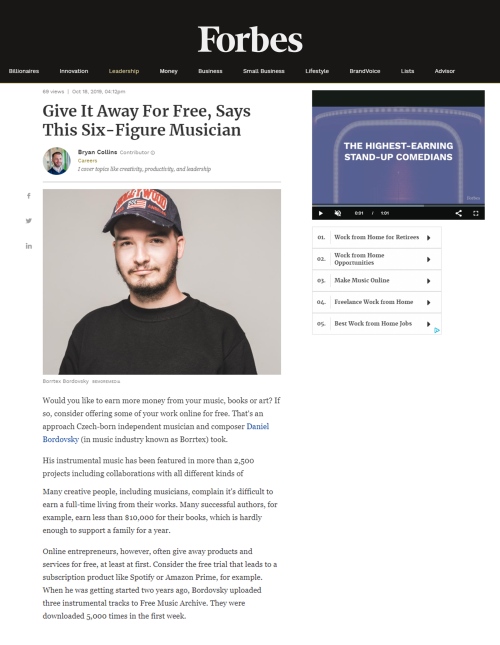 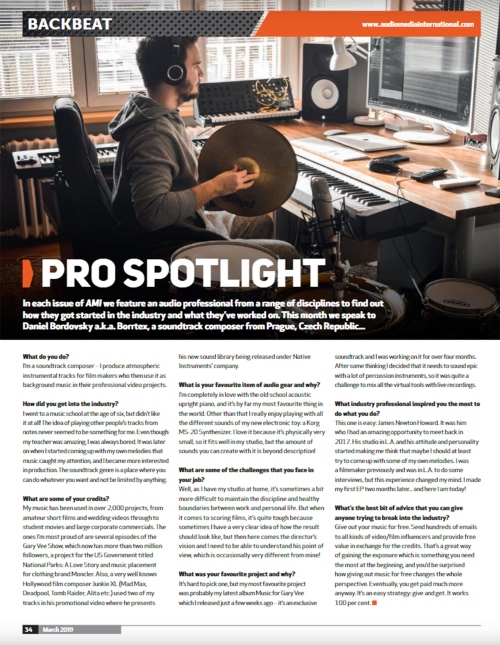 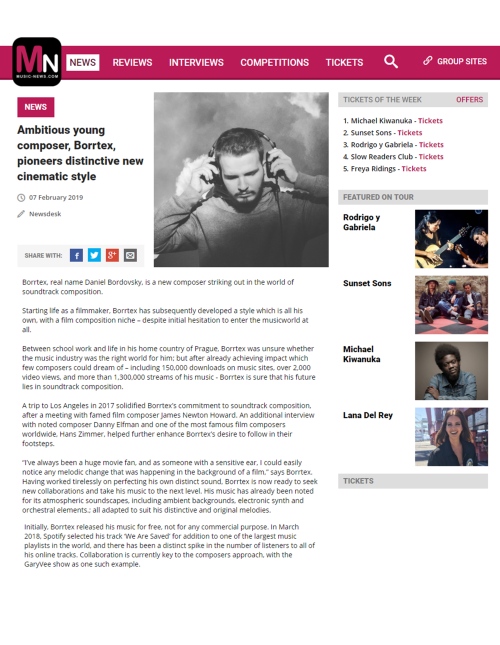 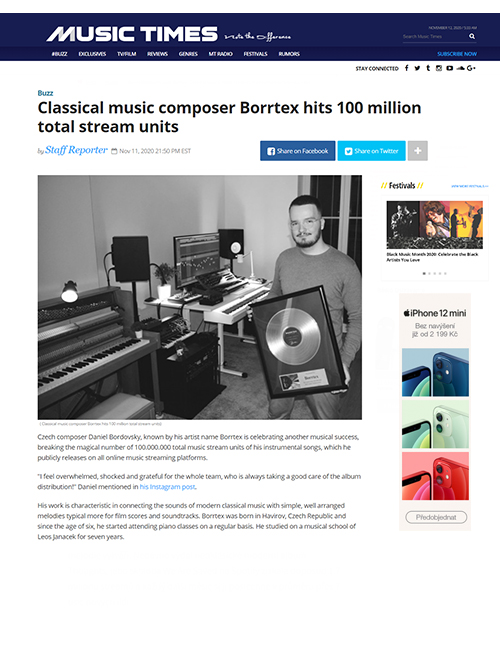 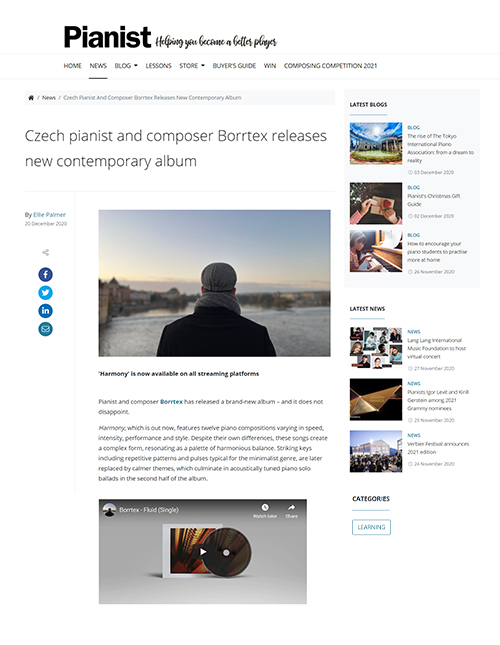 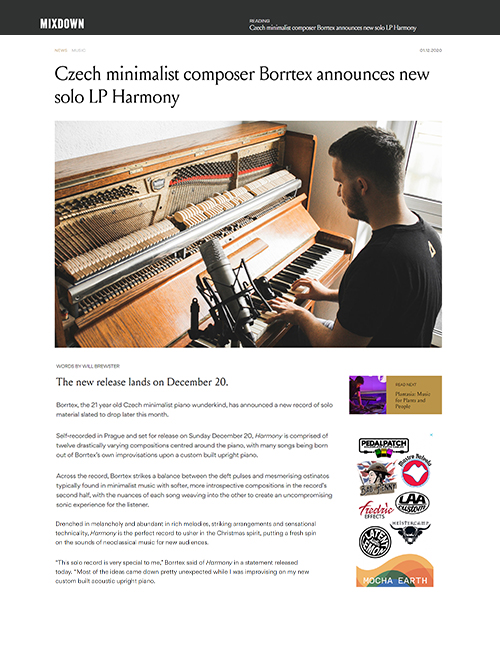 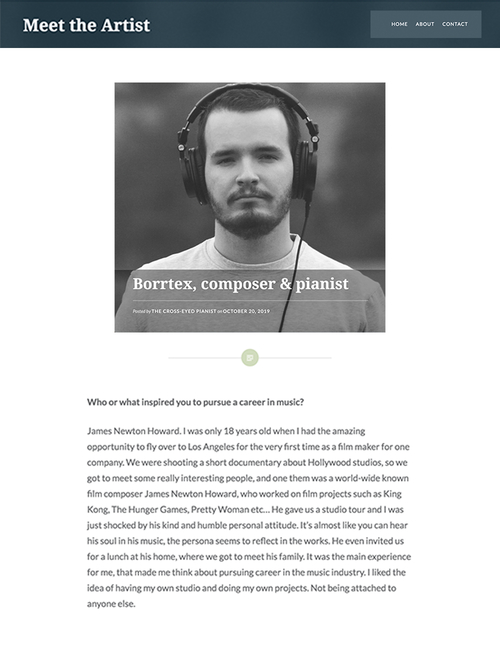 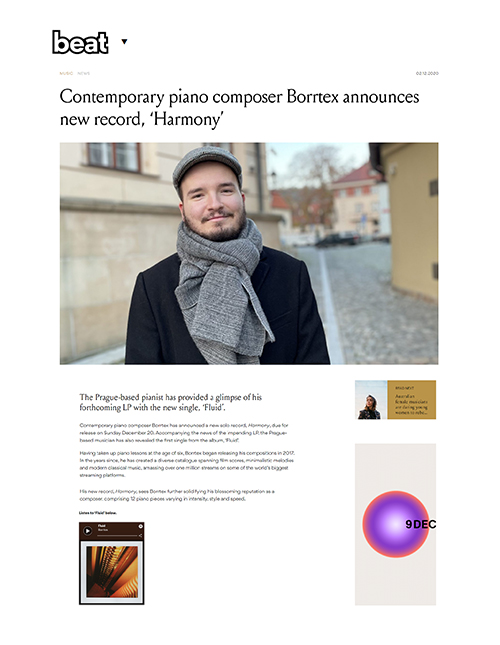 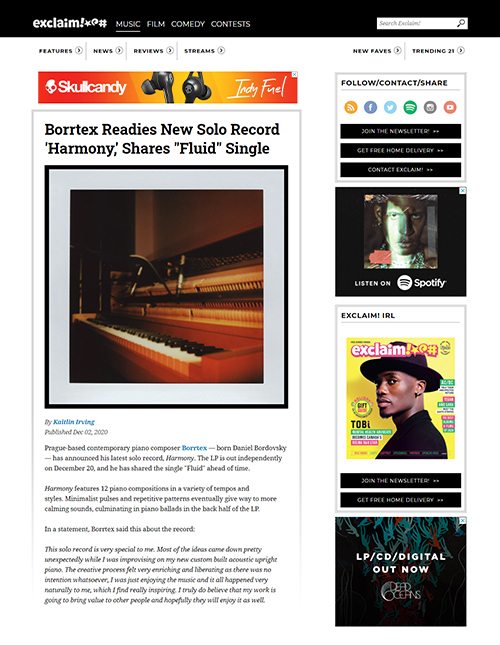 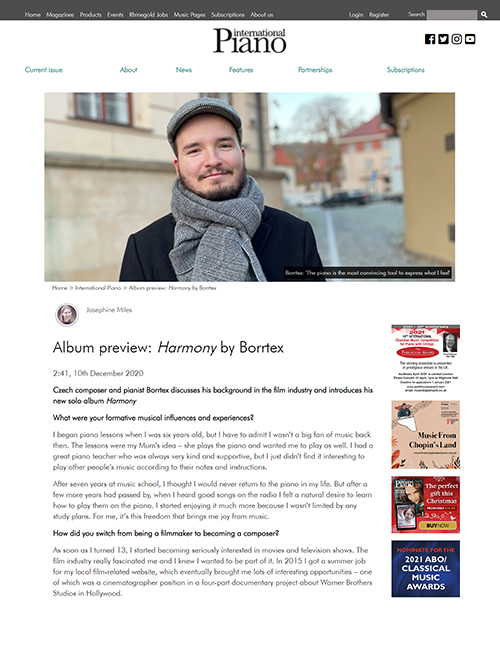 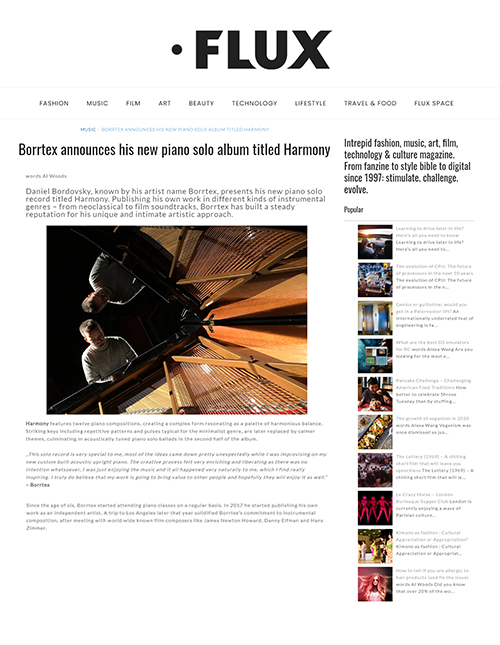 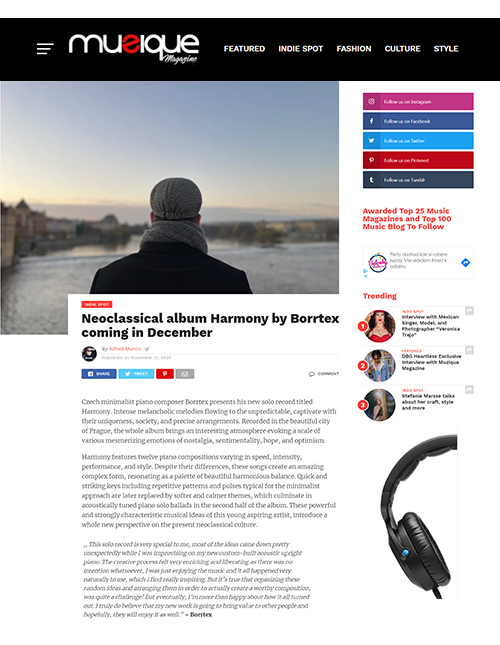 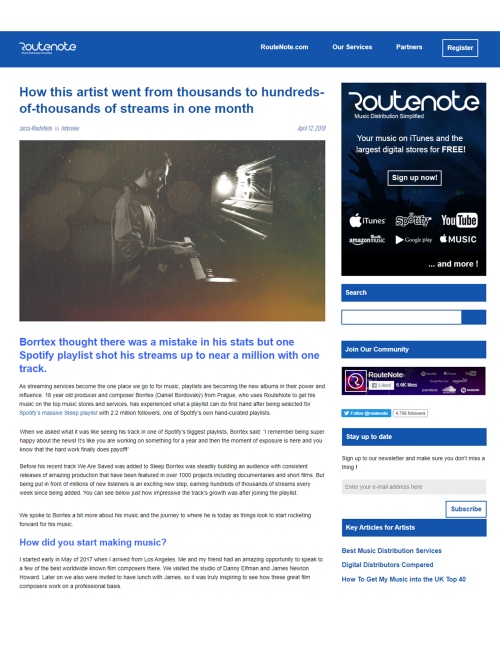 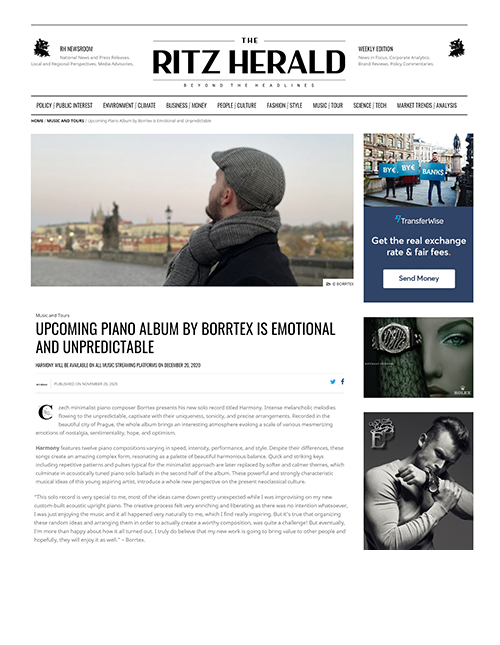 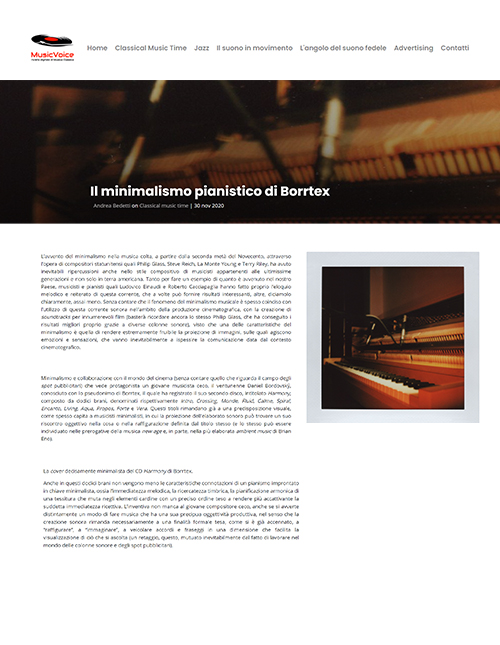 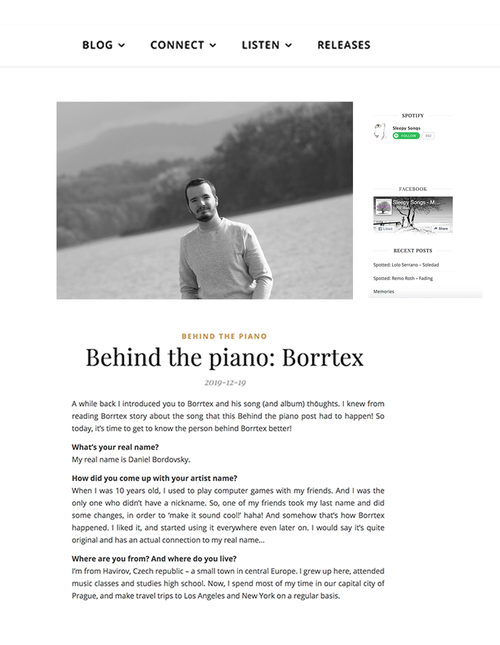 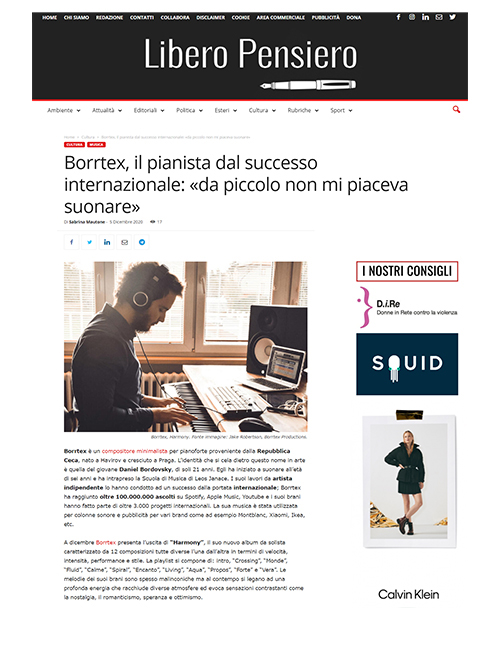 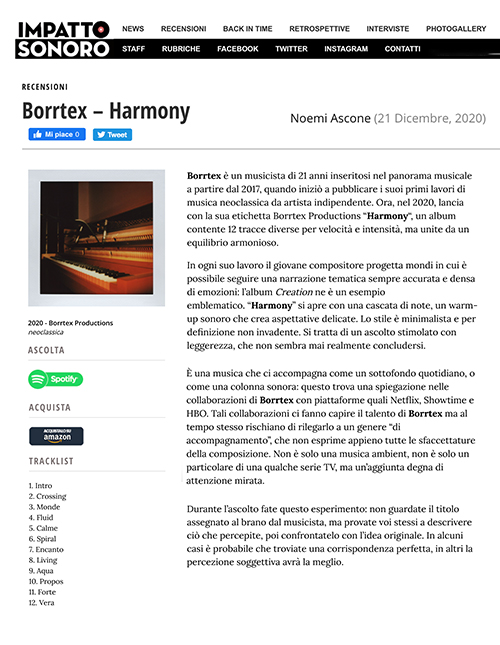 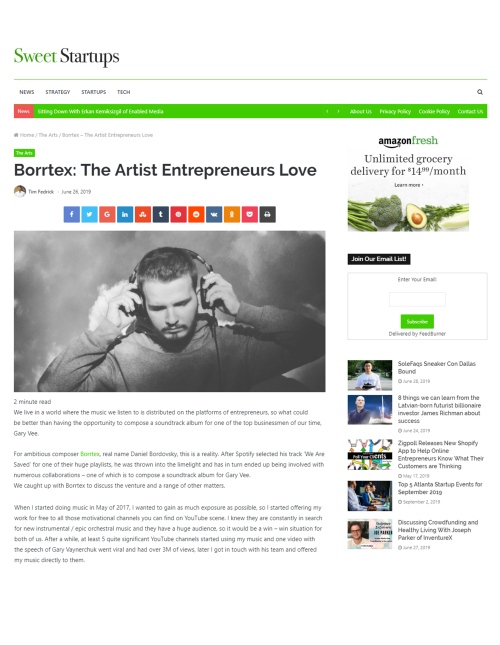 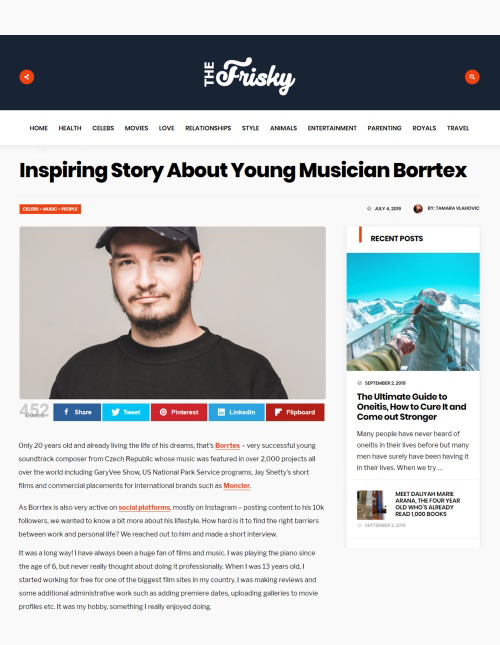